Skip to content
Top Tags
Broker Guide > News & Articles > An ugly earnings season is expected, but what if it is not that bad?

An ugly earnings season is expected, but what if it is not that bad? 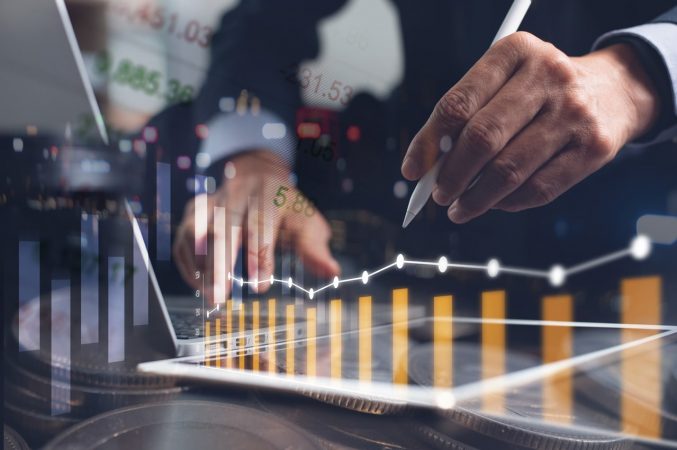 With the end of June and the second quarter of 2020, companies are getting ready to publish their performance and earnings reports for the period between April and June. Almost all experts await the ugliest earning season in years, but what if it is not that bad?

As you may see, 2020 is being not only one of the most challenging years in the last decades but also a weird period of time where nobody has an answer, and sometimes it looks like nobody even knows the questions!

2020 looks like a movie directed by Stanley Kubrick. As chief investment strategist at Ally Invest, Lindsey Bell recently said, “In 2020, anything is possible,” the worst but also the good.

A crippled economy that is still walking

According to Senior Earnings Analyst at FactSet John Butters, the estimated earnings decline in Q2 2020 for S&P 500 is -43,8 percent. A drop that would be the most significant annual earnings decline in the S&P since the great recession when the index posted a -69.1 percent drop in Q4 2008.

In an Earnings Insight note, Butters also highlights that “all eleven sectors have lower growth rates today (compared to March 31) due to downward revisions to EPS estimates.”

Revenues are estimated to drop by 11.1 percent in the second quarter. On the other hand, it is not only that earnings will experience a potential brutal decline but the lack of information and guidance for the current year 2020.

Besides, in another research, Butter exposed that the S&P 500 annual EPS in the first six months of the year would be worse than even the years of the great recession with a 28.6 percent decline. But there is the economic data

However, in recent weeks, economic indicators have signaled that the impact of the COVID-19 pandemic in the economies has not been that bad as expected. A better than previously estimated labor market, positive PMI and ISM manufacturing and service indexes, and a stable housing market have fueled market sentiment.

That being said, the impact has been brutal, but companies have somehow managed to stay on course. Does that mean that Wall Street doesn’t have a bad earning season ahead? No, it doesn’t.

What it does mean is that as expectations were so bad, a set of not-that-ugly fundamental indicators can signal an above expectations earnings from companies. Yet, it won’t be nice, but it could be softer than initially thought.

Remember that traders buy and sell shares in line with what they think earnings are going to be. So, good surprises can enhance current market rallies.

In that framework, sectors like travel and hospitality will show poor results, but others like groceries, online shopping, and financials could be ready to provide surprises to investors.

As mentioned before, the lack of information and guidance from companies is hurting Wall Street.

Analyst at Bank of America, Savita Subramanian commented in a note published last week that around 400 companies in the S&P 500 have failed to guide in the previous three months, “a post-Reg. F.D. record, suggesting that corporate sentiment is neither positive nor negative, but simply a big question mark.”

There is no consensus about what is going on in the market and will happen in the middle term. “Not surprisingly, estimate dispersion is near record levels as well,” Subramanian says.

Following recent economic activity data, markets have rallied strongly and posted a record close after record close. But as senior financial markets and investment strategist Baxter Gallifent said in a recent article, markets should not be that euphoric regarding a global recovery.

“With the second wave of coronavirus on the cards and an early and messed reopening in the United States, news about an increase in COVID-19 related cases and the failure to get a vaccine by the Autumn (the most probable outcome) will hurt sentiment,” Gallifent highlighted.

Here, we are at a crossroads. On the one hand, markets are rallied due to positive economic data that can be enhanced by a not that bad earnings season. On the other hand, we have a second wave of COVID-19 on the cards.

That would provoke huge swings and a lot of volatility.