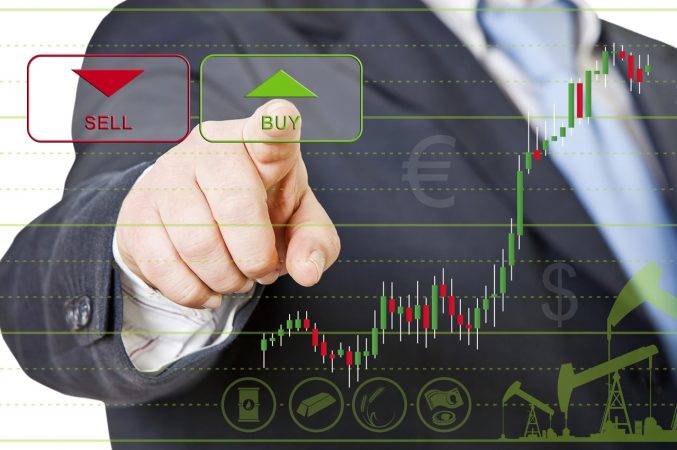 Did you imagine 2020 to be like it has been? We are in the middle of June, but it seems the year hasn’t yet started. The world looks like it’s in a kind of hibernation. However, some companies are in an excellent position to boom with the new normal. Among them, Apple is shining.

The world will pass the COVID-19 pandemic one day, hopefully, sooner than we think. But social and economic effects will remain with us for much time. Even some of the measures implemented to fight the virus may stay with us forever.

Questions and doubts are rising. What will be tomorrow’s world? How will companies adapt to provide the right products? Who will lead the post-COVID revolution? And finally, what will be the right company to make a post-coronavirus investment?

In that framework, Cupertino based technology company Apple is well positioned for the post-covid19 society as its verticals are aligned to future necessities.

Augmented and virtual realities, work from home measures, cloud necessities, enterprise solutions, internet of things, and health care applications will be needed. Guess what? Apple has leading positions in those segments.

However, as eMarketer acknowledges, the 2020 forecast does not reflect any significant changes. “We have only made slight revisions to the numbers of AR and VR users to reflect changing market dynamics.” In other words, the report doesn’t include COVID-19 impact and changes in users’ behaviors due to social distancing and quarantine measures.

Why am I telling you this? Last month, Apple went all-in on virtual and augmented reality and acquired VR startup NextVR.

In a $100 million deal, Apple made a bold move as it is pairing its efforts to develop VR and AR headsets with a successful provider of content for both technologies. In other words, a mmo appropriate marriage.

Based in Newport Beach, California, NextVR has been focused on sports events and concerts broadcasting in virtual reality, including the 2019 NBA Finals for VR broadcast. It also provides content for headsets makers, including Lenovo, Sony, Facebook, PlayStations HTC, and Microsoft.

Well, more is coming. According to Apple analyst Ming-Chi Kuo, Apple’s VR headset, also known as iGlasses, could arrive as soon as 2020.

Besides, Apple CEO Tim Cook hinted in January that Apple would take AR into the enterprise market, not only for consumer end applications. “I think, when you look at AR today, you would see that there are consumer applications, there are enterprise applications. This is the reason I’m so excited about it. You rarely have a new technology where business and consumers are both see it as key to them.”

Cloud usage is exploding with the COVID-19 pandemic due to social distancing, remote work, and study from home measures. In March, Microsoft cloud computing services reported a 775% increase in cloud demand in just one week.

The news provided a lot of understanding about the new social dynamic trend developing with the COVID-world. However, it also indicated that cloud companies are experiencing a surge in their businesses.

According to recent news and rumors, Apple has been hiring notable software engineers with top expertise in containers and Kubernetes, related technologies to cloud solutions. Besides, the iPhone maker has also listed dozens of cloud-centric jobs in the last months.

Is Apple preparing its assault on the cloud business? It looks like that. As Tom Krazit affirms in an article published in Protocol, “it’s getting cloudy over at Apple.”

“The quantity and quality of the new hires has caused a stir in the tight-knit cloud community, and could indicate that Apple is finally getting serious about building tech infrastructure on par with companies like Amazon, Microsoft and Google,” Krazit points out.

Another mega trend agitated by the coronavirus pandemic is also a change in the job landscape forever. As The Bauen Group CEO Walter Silin said at the beginning of the implementations of the work from home measures back in March, companies have to understand how to interact with their internal and external clients in a current and a post-COVID world.

“The current rise in cloud demand is a sign of changing times and a powerful tool to fight against global threats such as the coronavirus pandemic outbreak. People need to stay home, and cloud-powered services are giving them tools to maintain their productivity. It is just the beginning; the whole job landscape and the way companies interact are changing forever.”

Now, Twitter confirmed the mega-trend is here to stay, and it is not only about never wearing real pants again. In May, Twitter told employees they would be allowed to work from home forever.

Though not forever, big companies such as Facebook or Google, and small businesses like local car dealers or regional banks have implemented WFH measures. Even Charles Schwab is accepting record new accounts by brokers working in their home offices.

Well, more work-from-home measures indicate more enterprise solutions needed. Apple is at the forefront of that business too. As COVID-19 has accelerated the digital transformation processes, more companies are using the Apple Developer Enterprise Program and the Apple ecosystem of enterprise solutions.

Softwares like FileMaker, iWork Productivity Suite, and Final Cut Pro X are now on the upside.

It is not only because of the COVID-19 pandemic. Apple started its healthcare revolution years ago. As Tim Cook said back in the years and CBInsight quoted him in its report on Apple healthcare, “the healthcare market makes the smartphone market look small.”

It is true, every year, over $7 trillion are spent in health care. It is already 10% of global GDP. Besides, analysts at Morgan Stanley believe that Apple’s take on health could represent $313 billion by 2027.

Apple plans go well beyond wearables and virtual advisors or doctors locators. It will represent the next significant movement in Apple’s history.

Cupertino’s company is building an entire ecosystem surrounding all health aspects, and it will unlock even more collateral businesses as it will provide Apple with new demographics and even more penetration for its devices.

Apple’s healthcare strategy has four stages: Data generation, data storage, applications development, and services. The company has successfully developed the first three. Now it is working in the last stage and, obviously, in the evangelization of its healthcare products and services.

Services include a real-time connection between iPhones and other Apple devices to electronic health record providers. Also, to provide real time monitoring of patients’ health and connection with medical providers, and management of the information and networking with researchers and scientists to produce more and better quality research.

Finally, Apple will personalize health care for every single patient. It will create a network between the person, the health care provider, the documentation storage, and the academia at an affordable cost.

A new brand iPhone; a portless one

Apple plans to surprise all its customers and fans with an all-new iPhone for the next year. According to Front Page Tech’s Jon Prosser, Apple will remove the Lightning port to deliver the first-ever portless smartphone.

“Yep. One portless iPhone coming next year,” Prosser tweeted. Furthermore, he explained that the new iPhone would have a port in the form of an Apple Smart Connector that will work as a transition into a totally wireless model.

The move could start another collision between Apple and customers as they would be either forced to buy a wireless charger as it happens with the AirPods Pro. That being said, it will provide Apple with a new shine on innovation.

Apple is also expected to launch a new 10.8-inch iPad this year and a new iPad mini in the first half of 2021. Finally, the 2020 iPad Pro is getting good critics, as well as the new MacBook Pro, and the new iPhone SE recently launched. All are expected to be sold at a good rate.

In fact, the iPhone SE has been named “the right phone at the right time.”

Apple’s “net cash neutral” target is five years away to be completed. So, the market is expecting that the buyback program will remain well alive for the next few years. It would enhance shareholder return as the company would push itself the share.

While Apple is producing over $65 billion free cash flow annually, its net cash is now around $83 billion. Do the maths. The company has returned over $450 billion to investors in dividends and buybacks since 2013.

As analyst Louis Stevens commented in a recent article published in SeekingAlpha, due to the net cash neutral plan, “Apple has shown that it is an opportunistic buyer of its own stock, carrying out accelerated buybacks when the stock is down. Thus, an investor can be virtually assured that Apple’s share price has something of an imaginary floor at all times.”

Stevens expects “Apple to grow its FCF to equity by 7-10% over the coming decade.”

Recently, RBC Analyst Robert Muller highlighted the buyback program, which, at current rates, would make Apple be cash neutral within a decade. RBC maintained an “outperform” rating on Apple with a price rate increase from $345 to $390.

However, Apple was unable to break above the $355.40 level, and it started a period of consolidation to trade at current levels around $350.

One of the factors that made Apple stop its rally was the news that officials in the United States and Europe are investigating anti competitive moves done by Apple in its App Store.

Besides, the White House was reportedly preparing to block supplies to the Chinese chipmaker Huawei. China replied that its government was preparing for measures and would include restrictions or investigations to US companies, including Apple.

From a technical point of view, current conditions are strong for Apple. The chart looks bullish and MACD and RSI point to the north. Momentum is also positive, but it is starting to slow. Daily Moving Averages are also pointing up.

Analysts at TheStreet Quant Ratings consider AAPL as a “Buy” with a target price of $440.87. According to the firm, Apple has strengths in multiple areas, including “revenue growth, notable return on equity, expanding profit margins, good cash flow from operations and solid stock price performance.”

CFRA evaluates Apple as a “four-star Buy” with a 12-month target price of $360. Analysts project the COVID-19 pandemic will hurt the company, but it will remain a healthy business. CFRA expects “revenue to rise 12% in FY 21 (Sep.) after our view for a 1.2% increase in FY 20.”

However, CFRA sees sharp declines in iPhones/wearables amid the Covid-19 pandemic in the Jun-Q, but an improvement on a monthly basis, while Macs/iPad increase from greater telecommuting.”

On the other hand, Robo-Analysts Research by New Constructs “does not recommend investors buy AAPL” as analysis shows a neutral rating, which means AAPL has equal potential for the upside and the downside.