Apple stock split: A reflection of the current rally 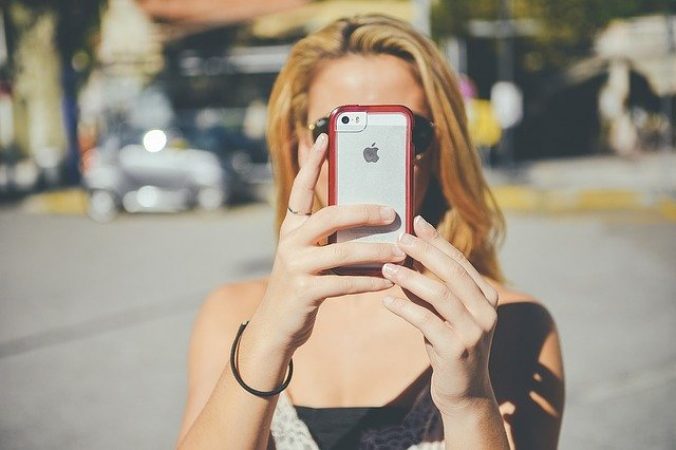 Apple announced its Q2 results and a four-for-one stock split. The split is possible because the price has risen so much over the last six years. This is not the first split and it might not be the last one.

A bad quarter, but not for Apple

On Thursday, Apple (AAPL) announced its second-quarter results. The same day that the US Q2 GDP report showed a 32.9% economic contraction, the worst quarter in decades, the biggest US company presented strong revenue growth, surpassing market estimates. The pandemic did not affect the company’s performance, which obtained robust numbers. Revenues for the quarter totalized $59.69 billion.

The company suffered retail closures all over the world due to the pandemic. Still, Apple managed to keep running at full capacity and online sales. The firm declared a cash dividend of $0.82 cents to be paid on August 13.

Apple reported a Q3 GAAP earning per share of 2.58 dollars, a beat of 51 cents regarding market expectations. Regarding revenues, the Cupertino based company informed of 59.69 billion dollars made in the second quarter, an increase of 10.9 percent from the same quarter in 2019. Also, a beat by 7.13 billion dollars.

Following the results, Apple shares rose more than 6% in the after-market to new record highs.

The tech giant also announced a stock split. This means it will give stockholders three more shares for each one they own. This will be the fifth split in its history and the second one in seven years. The last one took place back in 2014 and it was a seven-for-one split. 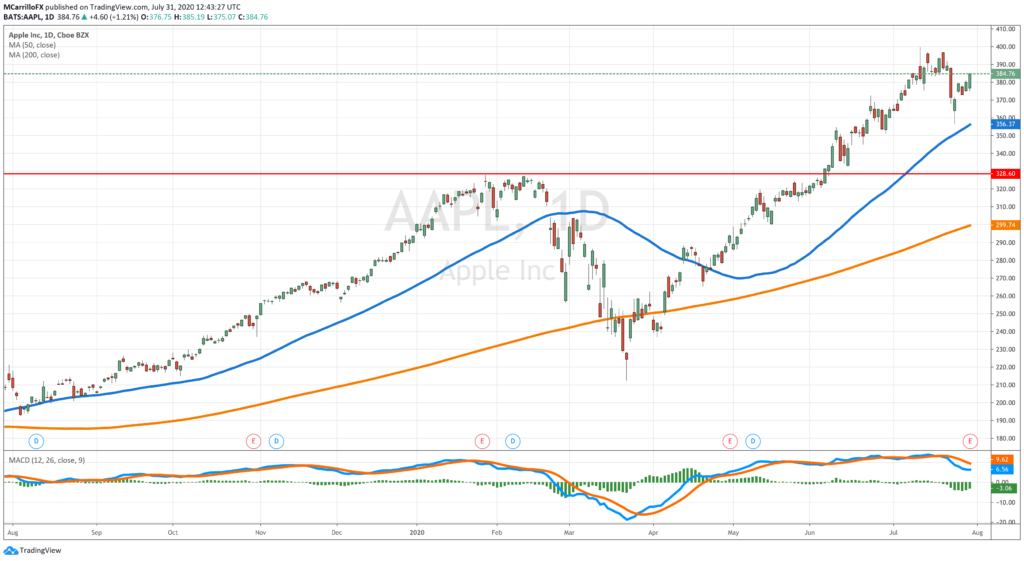 What is the split for?

According to Apple’s Board of Directors, the split is “to make the stock more accessible to a broader base of investors”. The share price will likely be divided by four (not affecting market capitalization) and “trading will begin on a split-adjusted basis on August 31, 2020.”

Splits usually tend to increase the liquidity of the stock. Why did Apple do it? As the value of one AAPL share is around $400 at the moment, one investor would need at least that amount to purchase one stock. After the split, an investor will be able to buy a share per $100, so this way, the company reaches out to more people.

In that line, Apple is looking to increase the accessibility of its shares so more people can buy AAPL and, therefore, increase the value of the share.

Apple’s recent history is the contrary of what many financial companies had to do following the 2008/09 financial crisis: reverse splits. As a sample, and because of the dramatic collapse in the share price of Citibank, in 2011 the company made a 1 to 10 reverse split.

That is, the owner would turn 10 shares and get one in return. A reverse split is a mechanism used to increase share prices to avoid being delisted from an index or a stock exchange, or sometimes, just to gain more respectability.

Is the split a game-changer? Not at all. It mostly reflects the immediate past of the company. However, the last time Apple made a split, its shares rose after the beginning of trading with the new price.