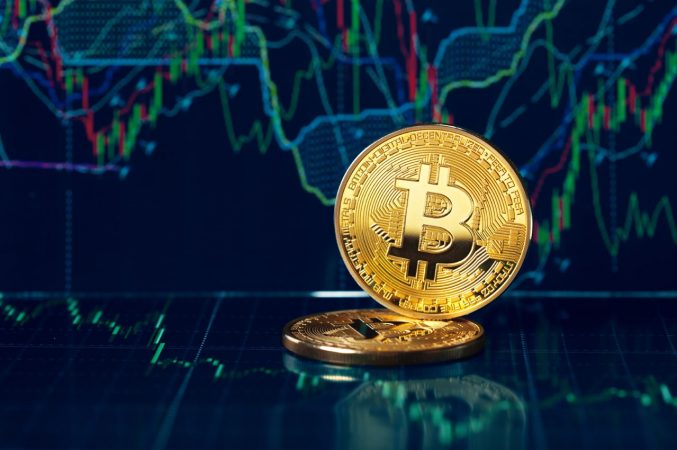 Many analysts and crypto enthusiasts have been arguing since the creation of Bitcoin about its potential and how high it could climb. Sometimes, those comments have been supported by technical analysis. In the current days, technicals suggest that significant gains over the next months are likely.

Last week, the price of Bitcoin (BTC/USD) rose above $13,000 for the first time since July of last year. Did fundamentals change last week? Not that much. BTC/USD was moving with an upside bias and accelerated after breaking firmly above $12,000. Now it is hovering around $13,000. The announcement that PayPal will allow users to buy, sell and hold Bitcoin fueled the rally, but even before the headline hit the wires, the uptrend was already firm.

The fact that BTC/USD managed to hold above $10,000 (except for some short-lived corrections) has been a positive sign and an indication of stability. Even though volatility has risen over the last days, it is mainly due to the steep rally and not because of sharp pullbacks. The momentum is there and consolidation above $13,000 could attract new buyers.

The breakout above $12,000 was a relevant technical development. And now, the consolidation phase above $13,000 is another factor that is helping to brighten the BTC outlook. After rising during for four consecutive days, BTC/USD settled around $13,000 and continues to hover around that level, with only modest retreats that reflect that the positive momentum remains intact. 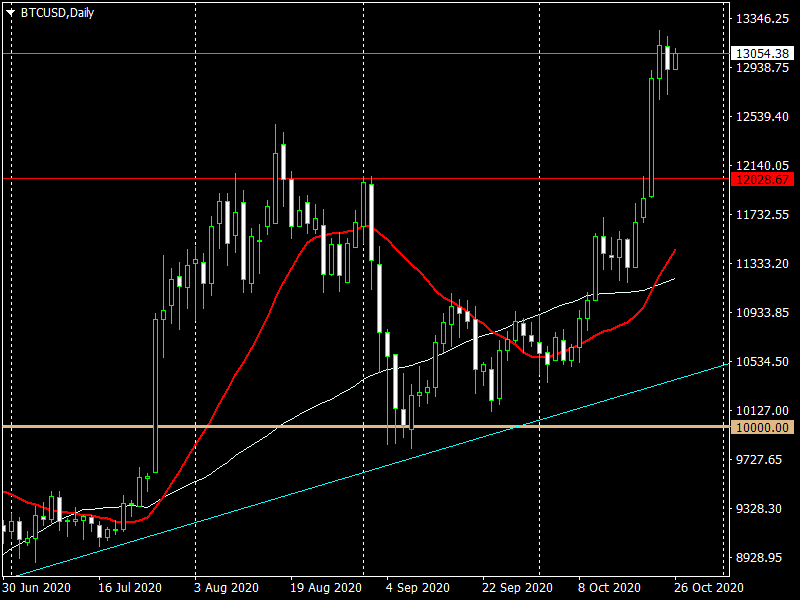 The weekly chart shows that BTC posted the highest close in more than two years, opening the doors to more gains with a potential immediate objective at $14,000. If price continues to advance beyond that area, it would target $17,000 as the next key level. 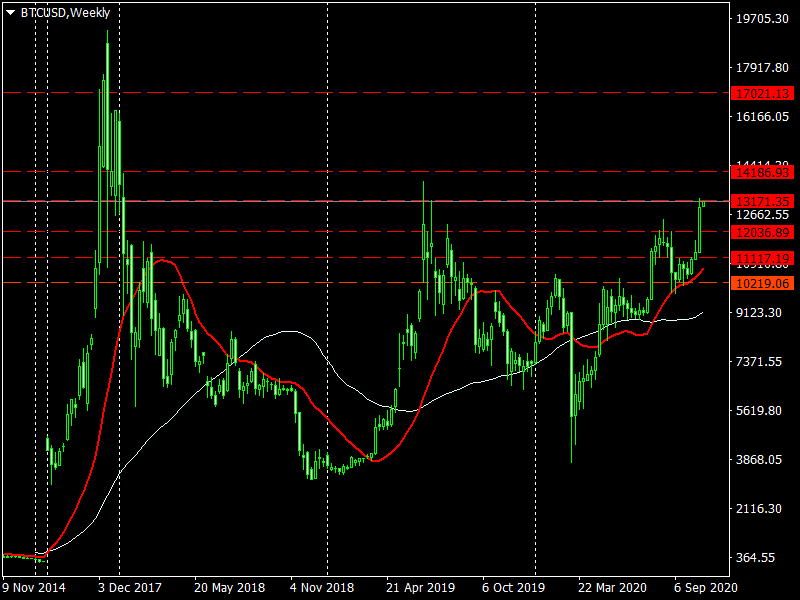 The IntoTheBlock In/Out of the Money Around Price tool shows that BTC faces a strong selling area around $13,015-$13,400, with 407K addresses holding 230 BTC bought at that price range and might want to break even their positions. However, beyond that area, the road is pretty much clear until $15,000. The downside is more crowded with 750K addresses holding 670 BTC breaking even at the $12,600-$13,000 zone, which could contain the price.

With the price having gained more than 20% so far in October, volatility could likely rise over the next few days, considering the many risk events ahead for financial markets: US presidential election is only a week away, major central banks will announce their decisions in the next two weeks, US yields are on the rise, and big companies are presenting Q3 results, with concerns about valuations on the table. Tech stocks and companies like Zoom and Tesla are helping Wall Street’s performance. A decline in those stocks that have outperformed since March could drive equity prices sharply lower, triggering some panic and volatility that could hit BTC/USD.

At the moment, the battle between BTC technicals and financial market fundamentals (seen as the main risk for BTC) is leaning toward the bullish side. The road ahead looks to the upside but watch out for bumps.

If BTC/USD rises above $14,000 over the next days, it would be trading at the highest level since the fourth quarter of 2017. That was a quarter to remember, which included extreme volatility and the all-time high near $20,000.

So, what’s next? If the bullish road prevails, some analysts are even calculating when it could reach $100,000. “Bitcoin could continue doing what it has for most of its nascent existence, appreciating in price on the back of increasing adoption, but at a slower pace as we see it. The first-born crypto has had a tendency to add zeros to its price from around $10 in 2011. It took about four years to go from $1,000 to $10,000 in 2017, so doubling that time frame for maturation could get the price toward $100,000 in about five more years. Or the new technology could fail, but our demand indicators are positive. With the exception of stable coins, the rest of the crypto market is subject to excess supply and competition,” it reads in the lastest Bloomberg Crypto Outlook.