Skip to content
Top Tags
Broker Guide > Mauricio's Blog > Bloody Tuesday for USD, the sell-off might not be over yet

Bloody Tuesday for USD, the sell-off might not be over yet 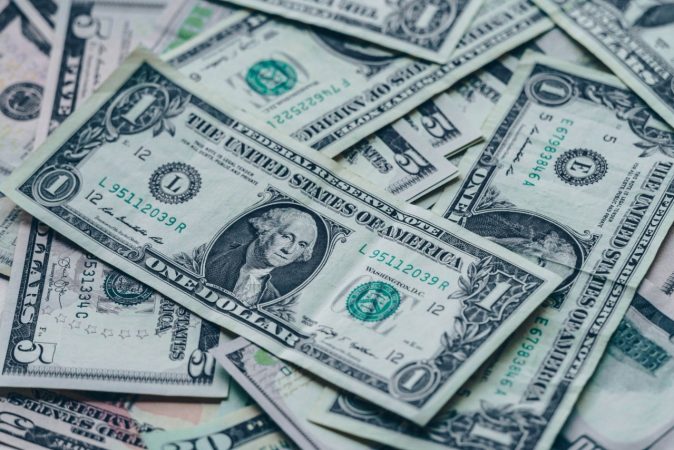 After many days of range-bound trading, many forex crosses made breakouts against the US dollar; a similar situation applies to gold and crude oil. If current levels are sustained, the greenback could extend the decline.

Tuesday wasn’t just another day for the US dollar. It tumbled across the board as equity markets rose. The greenback even dropped versus the Japanese yen and the Swiss franc, both considered safe-haven currencies. What does this mean for USD? This behaviour reflects weakness and it means it could drop further.

Also from a technical perspective, many forex crosses broke key levels after days of range-bound trading. EUR/USD rose above 1.15 for the first time in months, hitting the highest level since January 2019. The USD/CHF pair plummeted after 0.9360 gave away.

The rally of the Swiss franc and the euro could be explained by the recovery package agreed by European Union leaders, but apparently that was not the case. For starters, the money to the economies worst-hit by the coronavirus pandemic will be available in months, in an optimistic scenario, while the agreement doesn’t mean green light yet. Now the recovery fund will face technical negotiations and it will have to be approved by the European Parliament. 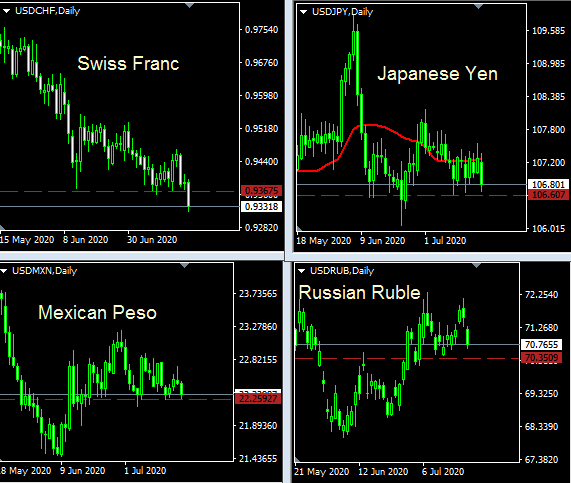 When EUCO President Michel tweeted: “Deal!” the euro barely moved. Actually, it took a while for EUR/USD and USD/CHF to react to the sell-off of the US dollar that was already taking place. Meaning? The critical driver on Tuesday was US dollar weakness.

Another sign of the dollar’s negative momentum was USD/JPY price action. Usually, it is correlated with risk sentiment, but despite the rally in Wall Street, the pair dropped, posting the lowest close in a month. The decline in US yields on Tuesday was limited – as they held onto familiar levels – and therefore unlikely to justify USD/JPY slide.

The rally in gold (XAU/USD), to the highest level since 2011 above $1,840/oz, and in crude oil (WTI), to a fresh peak since March, were possible due to greenback’s sell-off. Oil would probably need more support from fundamentals to keep rising, and not only from dollar’s weakness, unless the latter is sustained by risk appetite emerging from positive economic expectations.

What lies ahead for USD?

The quick answer would be more vulnerability, in the absence of other catalysts. For that scenario to become more likely, the mentioned breakouts in forex crosses need to hold. If the US dollar makes a comeback, then we would have a completely different projection and a potential robust reversal.

The next hours could be critical. If more currency pairs break key barriers (such as USD/JPY under 106.60), another broad sell-off of the US dollar could be triggered. 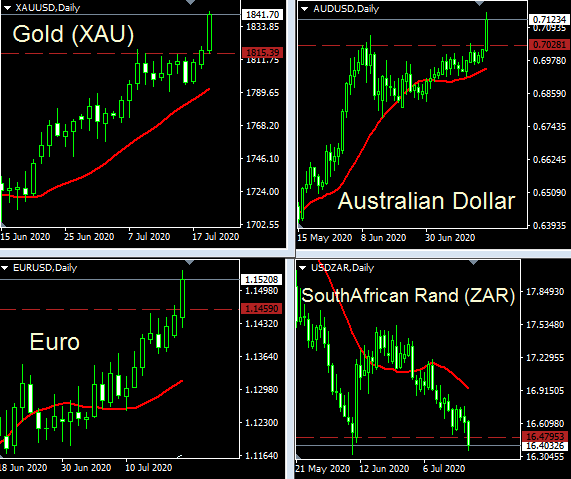