Skip to content
Top Tags
Broker Guide > News & Articles > Gold and Bitcoin: Will the yellow metal drive down the cryptocurrency?

Gold and Bitcoin: Will the yellow metal drive down the cryptocurrency? 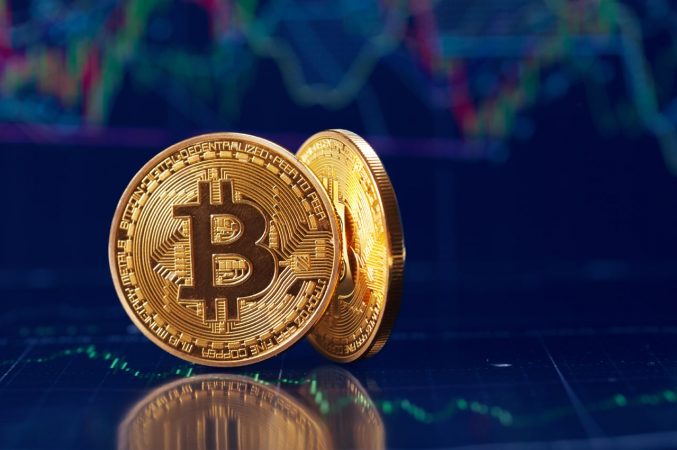 Both gold (XAU/USD) and Bitcoin (BTC/USD) have posted stellar gains over the last months. The yellow metal reached fresh record highs above $2,000 the troy ounce last week, while the first digital currency hit its highest level in a year at $12,100.

Now, both assets have pulled back from those highs. However, their behavior looks quite different. While gold has retreated sharply in a short period of time (three days), Bitcoin faced a strong one-day fall and then entered a consolidation phase just below $12,000, potentially creating a double-top.

The reasons behind the rise of the two assets might also be quite different. Gold’s rally has been mainly propelled by lower real rates, amid both falling nominal rates and rising inflation expectations.

In the view of TDS analysts, “the precious metals complex, which posted a spectacular performance over the summer, was driven by a drop in rates, a steady increase in inflation expectations and a falling USD. The rally is now giving up some of these gains as these drivers lose momentum. Real rates are now rising along with nominal yields due to stimulus optimism and risk appetite, with the USD also off its lows.”

Mohamed El-Erian, an experienced investor, currently Chief Economic Adviser at Allianz, considers that recent moves reflect that gold is evolving into a must-have asset, “that drives the price upwards as the pool of potential buyers shifts from a small group of quirky bugs to the much larger pool of investors seeking risk mitigation. Like many sudden structural shifts, it is likely to involve an initial price overshoot.”

In an interesting article, El-Erian argues the metal is seen to offer something for everyone.

“Gold is also proving compelling for other reasons, collecting quite an unlikely cast of backers in addition to the usual bugs who worry about currency debasement and geopolitical shocks. Some believe it will protect investors against further depreciation of the US dollar; others want it as a hedge against a global economic depression and a collapse in stock markets that, already, are stunningly decoupled from corporate and economic realities. Today’s gold camp even manages to attract those looking to protect against competing outcomes: deflation and inflation.”

What moves the Bitcoin price

In Bitcoin’s case, the catalyst of what drives prices might be not that clear. Many of the reasons El-Erian mentioned are attracting gold buyers, are the same arguments offered by BTC promoters.

Bitcoin was technologically designed to be a deflationary currency and a relatively stable store of value (also independent from central banks and government policies), which has led to compare the digital coin to gold since its inception.

In this sense, higher inflation expectations might have boosted Bitcoin’s demand as an inflationary hedge, especially in times when central banks are adopting ultra-accommodative stances.

However, investors’ behavior is hardly defined by one single variable and it is subject to multiple psychological factors. Especially with Bitcoin, the FOMO (fear of missing out) could be one crucial driver not to mention that some BTC investors define themselves as HOLDERS, not willing to sell the coins.

It will be interesting to see how BTC continues to perform at times when gold corrects. Will there be a trade-off or will one follow the other? Or there will be no correlation at all, suggesting that market participants in both markets are completely different?

A common criticism of BTC is its extreme volatility, which leaves it out of the catalog of normal assets. It traded with low volatility when the price was bottoming but volatility jumped when the price was rising. It never quieted down or made a consolidation while trading above $10,500.
That is why it is so important of what it does at the current juncture and at the current price levels.

Gold is not immune to high volatility. On Tuesday, the price dropped more than $115. From Friday’s top, it fell more than $200, or almost 10%, before finding support. That is also extreme volatility. However, and due to its history, investors always had a more benevolent look on gold.

Will BTC ever get that chance? It is certainly the favorite among crypto-assets, but will it be able to be treated as a commodity?