Gold and silver: Is it time to buy again? 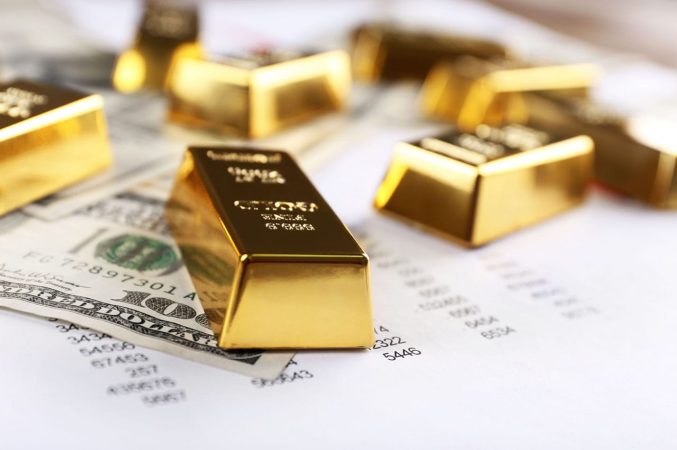 It was a terrible week for precious metals. Silver took the worst part by losing 14.7% and hitting the lowest level in two months at $21.67. Gold declined by 4.5%, also falling to the lowest price since late July. From recent highs, XAU/USD is down by 10% and XAG/USD by 21%. Such a sharp correction could be an opportunity to increase long positions or to re-enter, considering the main bullish trend that is still in place. However, some factors warn the correction might not be over yet.

What was the main reason behind the sharp decline in metals?

The key driver was the US dollar. The greenback jumped across the board. Regardless of what US yields, or Wall Street indexes did, the dollar rose and rose. It was the best week in months for the greenback, which translated into an awful week for metals.

Regarding the reason for the dollar’s rally, that is not so clear. Risk aversion is the usual suspect. Wall Street indexes pulled back but did not reflect panic among investors. The deterioration in market sentiment was seen more clearly in European markets. Risk aversion, together with an overdue correction of the dollar contributed to weakening metals. Also, technical factors and positioning added speed to the decline.

What do gold technicals say?

Gold found support around the $1,850 level just ahead of the 100-day moving average. On Monday, the yellow metal recovered some ground, but the short-term bias still points to the downside. A break under $1,850 would likely clear the way toward the next support seen at $1,815/20, followed by $1,790 and then by $1,755. The last one should limit the decline favoring a rebound, probably back to the $1,815 zone.

From a wider perspective, the primary trend is still bullish, but the daily chart shows technical indicators do not suggest a resumption of the trend. The first critical resistance is located around the $1,900 zone closely followed by $1,920/25, which is the convergence of horizontal levels and the 55- and 20-day moving averages. A break above $1,960 would negate the short-term corrective bias, increasing the odds of a resumption of the broader upward trend. However, a clearer bullish sign would be a daily close above $1,975 or, more reliable, a new record close. 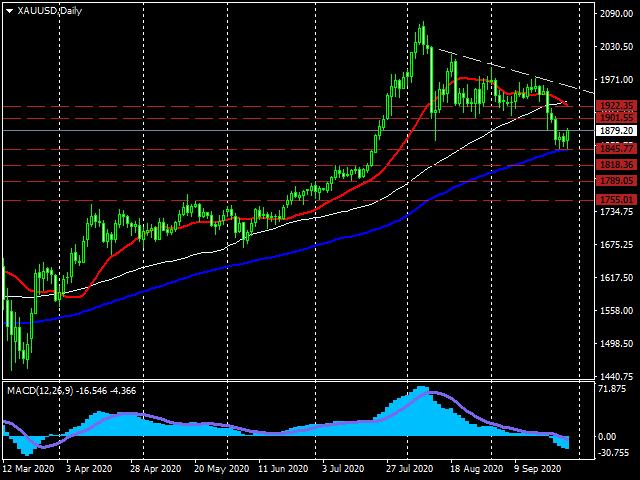 Silver is tracking gold but with more enthusiasm at the moment. XAG/USD, like XAU/USD, rebounded from the 100-day moving average and now is gaining momentum to the upside. Silver will likely face initial resistance around $24.50, from where it could turn to the downside again. However, the critical short-term resistance is seen at $26.00; a break above this level would negate the bearish bias, while a close beyond $28.50 would strengthen the positive outlook. A consolidation above $30.00 would point to a resumption of the bullish trend.

The current bounce could lose momentum if the grey metal falls back below $23.30. The area around $21.90 and $22.30 is a support band that, if broken, would clear the way to further losses with the next strong barrier located at $19.00. 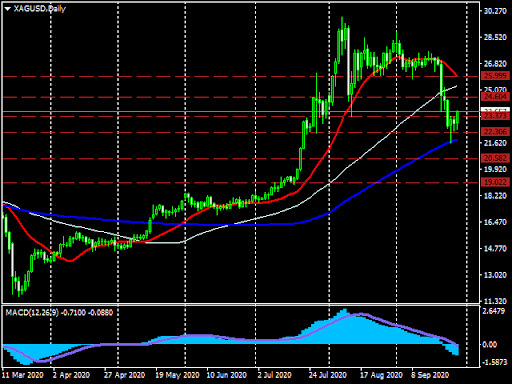 To sum up, short-term technicals show the bearish pressure has eased on both metals, although they are still set to extend the corrective moves. The long-term picture remains bullish.

What to look ahead?

A resumption of the uptrend in metals seems unlikely if the US dollar remains strong or if stocks perform poorly. “The near-term outlook for gold largely depends on the US Dollar, which is facing a string of market events this week. The final round of Brexit talks on Monday in Brussels, the first US presidential election debate on Tuesday and US non-farm payroll data on Friday will be critical for the US Dollar,” wrote Margaret Yang, strategist at DailyFX.

Bond yields also play a key role. A decline in real yields, with central banks lowering interest rates across the globe, has boosted gold and silver. As no changes in rates are expected in the near term, yields could continue to move around current levels, having no significant influence on metals.

The long-term fundamentals that have supported gold’s rally remain in place and do not seem at risk at the moment. Central banks are expected to keep stimulus measures in place while attempting to reach inflation targets but specifying that they are willing to tolerate higher inflation for a longer period of time. A rally of the US dollar could change it all.