Gold holds above 1,800 and signals for another run 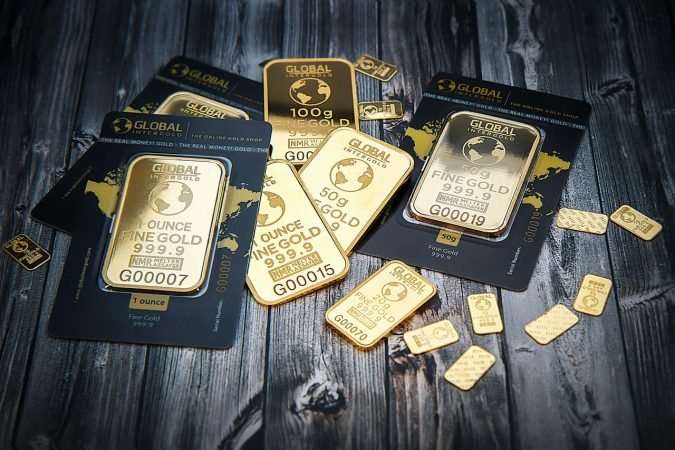 Gold is trading positive on Tuesday after holding the $1,800 level earlier in the day and reacting somehow positively to economic data. A mixed sentiment keeps the XAU/USD above that critical level and the metal is now signaling further gains. At least, it is what analysts from some banks are saying.

On Tuesday, China reported better imports and exports than previously expected, and the United States released inflation numbers with better performance than the market anticipated.

In the United States, the consumer price index rose 0.6 percent between May and June, slightly better than the 0.5 percent expected by the market. Year over year, CPI climbed 0.6 percent, in line with expectations.

CPI ex-food and energy rose 0.2% MoM in June, above the 0.1% posted in May. YoY, inflation held at a 1.2 percent rate, against the decline to 1.1 percent expected by analysts. Both numbers are gold friendly. 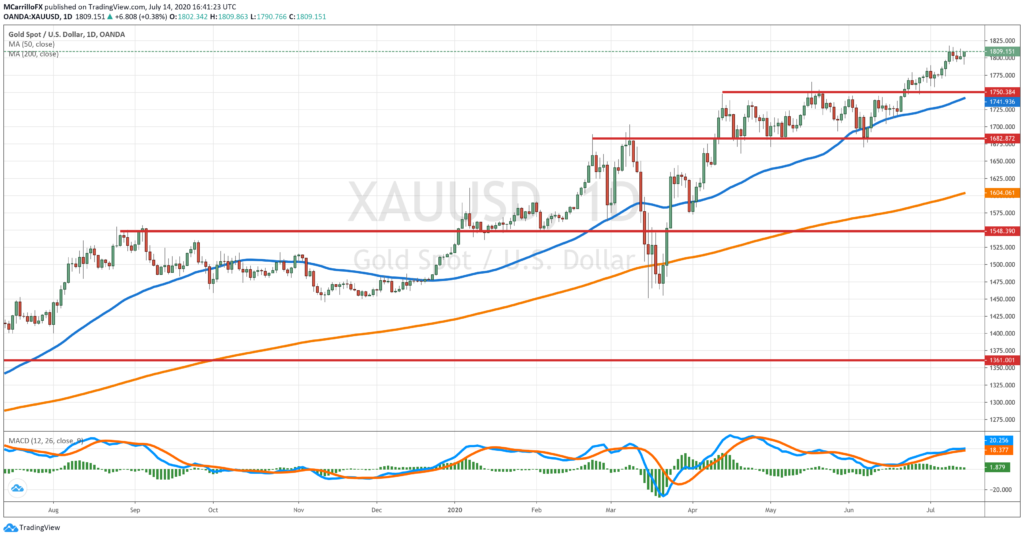 Early in the day, gold dropped to its lowest level since July 7 at $1,790.90 due to bearish pressure amid COVID-19 increasing cases and some dollar strength. However, the Greenback is not performing its best days, and as the DXY gave up gains, gold took advantage of the environment and recovered to trade above the $1,800.00 fundamental level.

Currently, XAU/USD is trading at $1,809.15, which is 0.37 percent positive on the day. The chart looks bullish with MACD and RSI pointing to the upside and moving averages heading north. It seems like the metal is consolidating levels and a floor above the $1,800 area as a leg for the next run.

And that raised the attention of certain banks

“Gold has regained the $1,800 mark this morning. This is evidence once again that price slides are viewed as buying opportunities and are thus only short-lived. This also suggests that prices will tend to continue rising,” Fritsch said.

“Any more pronounced price slide was precluded by the increased risk aversion amid falling stock markets and renewed lockdown measures in response to rising numbers of new corona cases in some U.S. states (California and Florida) and in Hong Kong. In addition, there are new tensions between the U.S. and China.”

In the same line, RBC Wealth Management managing director George Gero highlights that any drop below $1,800 in the Gold’s ounce will be seen as a buying opportunity.

Remember that we consider gold not as a mere safe haven but as a safe investment. In that framework, gold is taking advantage of almost everything that is going on right now in the markets.

Risk aversion, money injected in the economy by governments and central banks, stimulus checks in the United States, increasing COVID-19 cases, but also risk appetite as people are willing to spend money in non traditional assets.

That being said, people would go into gold as a safe haven when the news is not going into the right way; but they will also buy the metal when there is a risk appetite as gold is one of the most attractive assets. A safe investment with less risk than others such as equities, currencies, and cryptos.

Finally, as BrokerGuide’s analyst, Baxter Gallifent highlighted last month, investment banks are betting on an ounce of gold by $2,000.