Skip to content
Top Tags
Broker Guide > News & Articles > How the post-COVID-19 recovery will look? Not so fast!

How the post-COVID-19 recovery will look? Not so fast! 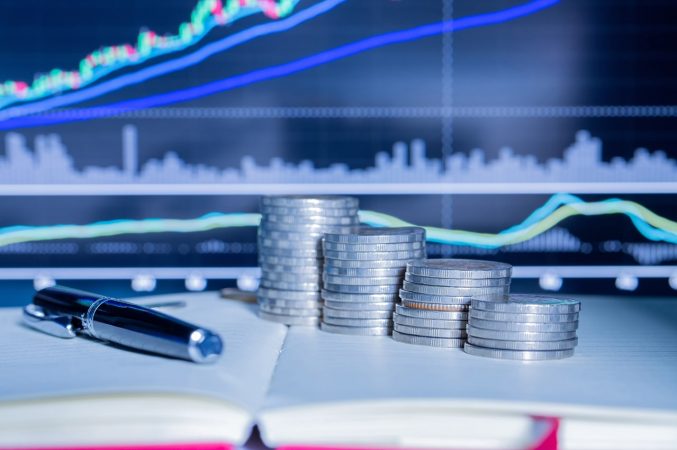 Yesterday, I went to the supermarket for some groceries and drinks. Everything looked like another regular day in town with people happily talking, collecting goods, and paying with a big smile. Suddenly, I remembered that we weren’t living on standard days anymore, but weirdly, everybody seemed to have forgotten it.

At that moment, I realized that I was among the very few people wearing a mask. Then, I thought, is it what the recovery looks like?

The catalyst for markets’ drop was the fears for a possible COVID-19 second outbreak. So, when everybody asks about how the recovery would look, reality has slapped us in the face and the forecast doesn’t look so brilliant today.

Concerns about the second wave of coronavirus cases have increased in the United States as the latest statistics say that a possible disorderly reopening of the 50 states in the union could have accelerated the advance of the virus.

As we have reported in previous days, COVID-19 daily cases are returning to the rising path in the United States. It is also accentuating its advance across the world.

According to the latest update of the COVID-19 Dashboard by the CSSE at Hopkins University, around 7.5 million cases have been reported in 188 countries around the world. The new coronavirus has killed 422K people.

In the United States, over 2 million cases have been detected, and around 114K people have been killed. Also, data says cases are slightly on the rise again.

According to Bloomberg, Houston officials affirmed they are about to reinstate stay-at-home measures after Texas recorded its highest day on new cases since the pandemic emerged.

“We may be approaching the precipice of a disaster,” said Harris County Judge Lina Hidalgo, the highest-ranking county executive. “It’s out of hand right now. The good news is it’s not severe out of hand.” The story is the same in Arizona, Florida, and California, among other states.

In that framework, investors see the recent increase in daily cases as a considerable danger to stocks rally and current market levels. So, they decided to stay away from risks, at least this week. 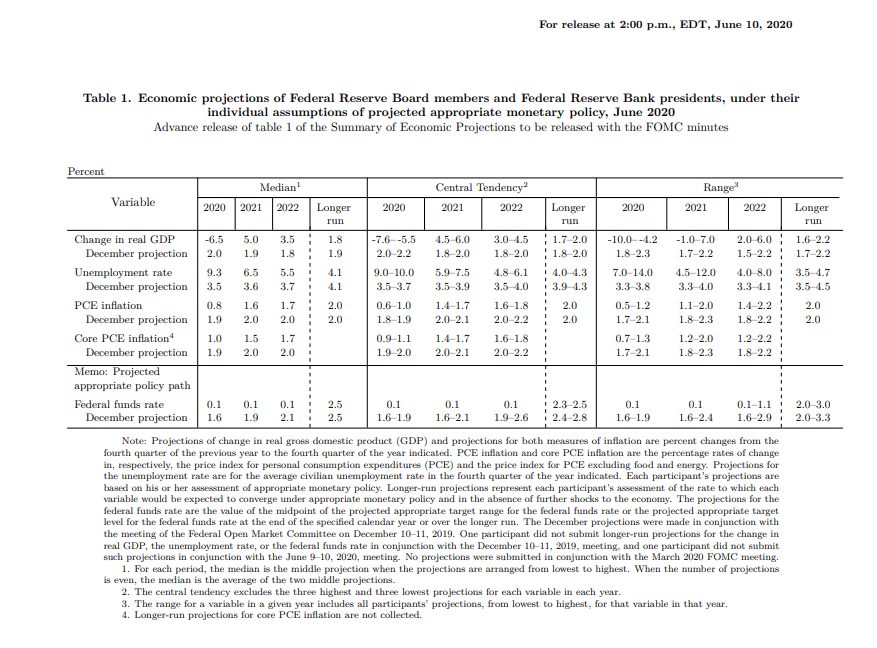 Besides COVID-19 cases on the rise in the United States, the Federal Reserve also has some responsibility for the market collapse. On June 10, the FOMC and Chairman Jay Powell exposed a dark forecast for 2020.

After the Fed’s meeting, investors started to weigh how far they have gone anticipating a ‘V’ type of recovery. Still, the reality is that the pandemic crisis could go longer than the market previously expected.

The Fed doesn’t expect to raise its funds rate until the end of 2022, at least. The key will be inflation that needs to meet the bank’s target of 2%.

The so-called Fed’s dot plot showed that all 17 members who contributed to the FOMC were unanimous about having rates unchanged in 2021, and only two officials dissented about the same rates in 2022.

So, how the recovery will look, if it happens

While experts were talking about a ‘V’ shape recovery, the earlier than necessary reopening of the US economy pushed the recovery and the Fed’s stimulus plan in jeopardize. Now, the recovery would look like a ‘W’ shape, with the in-middle bounce being a bit smaller than previously expected.

What does that mean?

Sentiment will remain fragile, with the return of high volatility markets with wild swings as we experienced in March and April. Every good news will make investors run to the platforms and purchase riskier assets, but any ugly report on high daily cases, a new outbreak, or second wave in other countries will hurt the sentiment.

Again, the dollar looks like the weakest member of the party, as every outcome seems to hurt it. The Fed, with its money pumping on one side, and risk sentiment on the other side.

The dollar index is closing its fourth negative week in a row. Despite bouncing back from 95.72 as a post-Fed meeting reaction, the DXY is still down in the period with 0.30% losses in the week at 96.66.

The weekly chart looks negative for the dollar with the initial support now identified at 96.50. Below, the greenback would find buying interest at 95.70, June 10 low. Then, the March 9 minimum at 94.65 is waiting.

On the other hand, the euro is well positioned against the US dollar and other currencies. As long as the European Union remains free of another COVID-19 outbreak, the euro will position itself as the temporal king of currencies. 1.1500 is on the cards for EUR/USD.

Finally, the British pound is trading on the defensive as the United Kingdom reported a monthly economic contraction of 20.4% in April. Well below the 18.4% drop expected by the market.

As said before, the impact is more profound than we initially expected. And markets are taking the toll. Meanwhile, cryptocurrencies will be waiting for their moment.