Is all the euphoria in Markets justified? Gold Opportunity 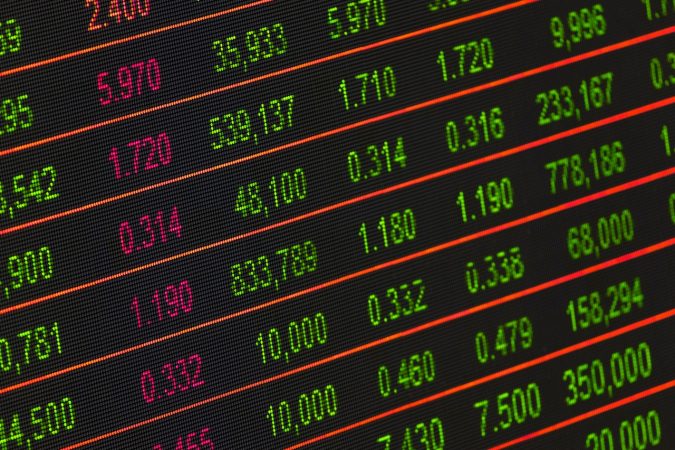 Last Monday, the S&P 500 closed at 3,232.39 after completing its recovery and turning positive on the year in an impressive 47% “comeback rally” from March 23 minimums at 2,191. All the market cheered the achievement. But, is all that euphoria justified?

Market recovery from March’s multi-year lows is due to the optimism generated by the plans to reopen the economy and the relaxation of social distancing measures across the world’s major economies.

All of the 50 states in the American Union have any sort of reopening plans. In Europe, quarantines are being lifted, and most people are returning to their jobs, which is good for their pockets and, for instance, economies. So far, so good. Rallies and euphoria are justified.

According to the latest update at the COVID-19 Dashboard by the Center for Systems Science and Engineering at Johns Hopkins University, over 7.1 million cases have been confirmed in 188 countries all around the world. Also, more than 407,000 people have been killed by the virus or any related complication.

As you can see in the picture, the trend in global daily cases is still on the rise with around 115K new cases on average last week. 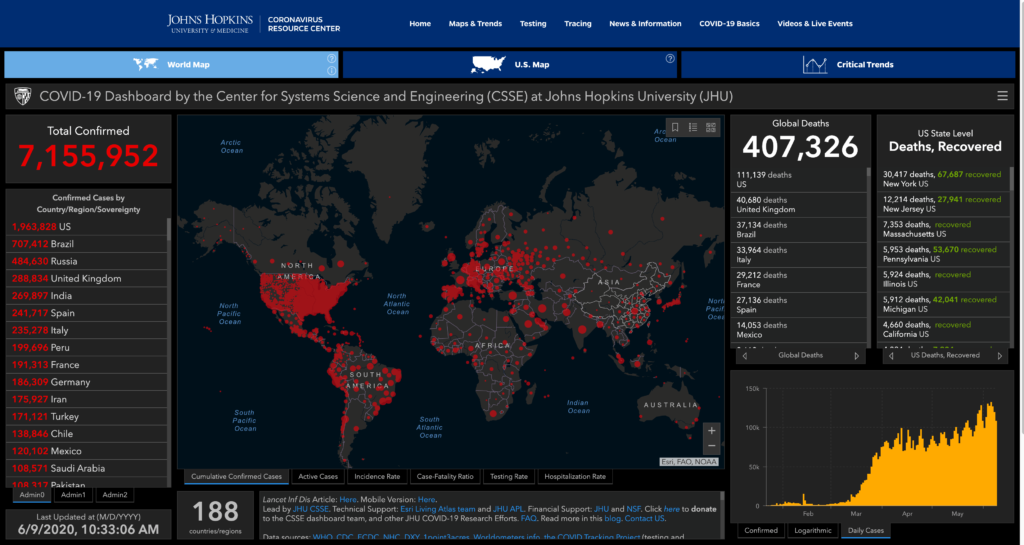 Is the United States safe enough to reopen?

In the United States, the situation is not that good despite US President Trump’s claims to reopen economies as soon as possible. After openings in states such as Texas, Florida, and California, the downtrend in daily cases has not just stopped in the union. Still, it is also returning to the rising path.

With almost 2 million confirmed cases and over 111K deaths, the United States remains the most affected country. Now watch the image, the lifting of social measures in the country started in the beginning of March, and two weeks later we began to see the pause in the downtrend and even an increase in the last two weeks to an average of 21K new cases every day. 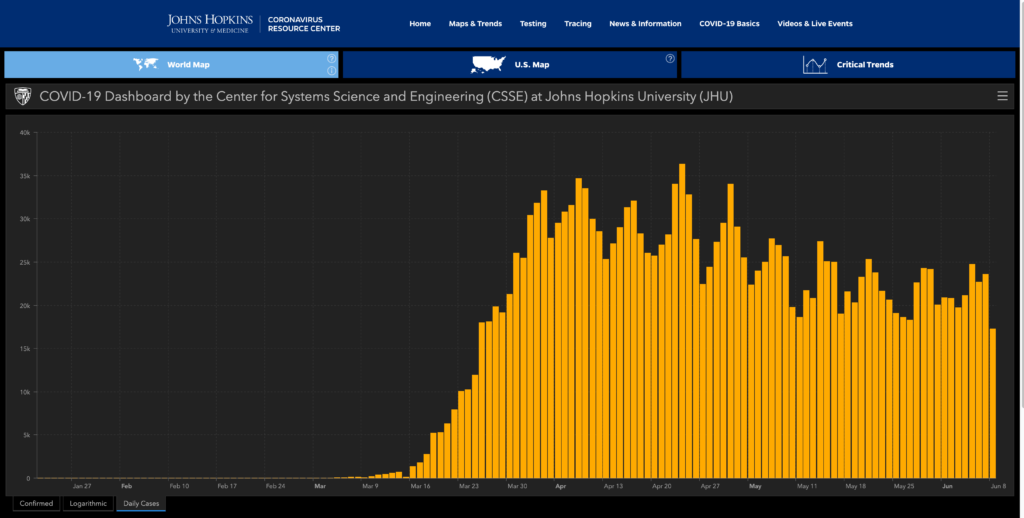 After being one of the hottest spots in the COVID-19 pandemic and having over 241K cases and 27K deaths, Spain is now experiencing a relatively small number of cases with around “only” 300 new cases daily.

Our medical sources in Spain told us that hospitals have banned vacations between October and January for physicians and other medical professionals as they and the government are expecting a second wave of COVID-19.

They already passed the worst of the coronavirus pandemic. Nevertheless, they are well aware that the end is not yet close. So Spaniards are preparing themselves.

What does that mean for investments

You may be thinking, why is this guy telling me that? Well, because in markets, the sentiment is everything. Right now stocks are rallying, the dollar is collapsing, the euro is on the upside again, and gold is maintaining positions.

With the second wave of coronavirus on the cards and an early and messed reopening in the United States, news about an increase in COVID-19 related cases and the failure to get a vaccine by the Autumn (the most probable outcome) will hurt sentiment.

And what does that mean? Risky assets will begin to be sold, stock indexes will fall, the euro will go down, and gold will start shining again.

In that framework, the asset with the most potential success would be gold. 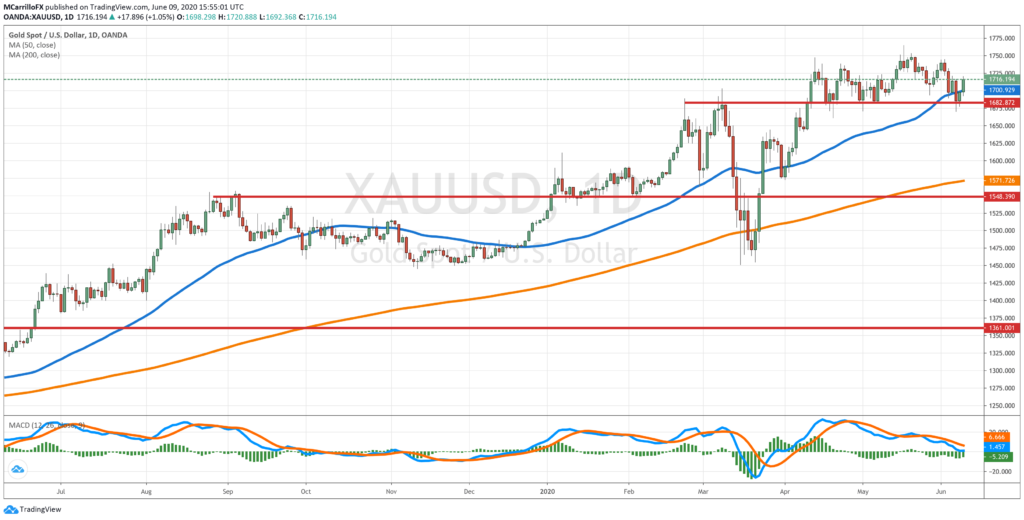 Currently, gold is trading positive for the second day at $1,717.17, which is 1.12% up on the session. The long term technical picture looks bullish, especially after the metal was able to keep the 1.700 area despite all the optimistic environment and the highs in Wall Street.

On the other hand, Fed’s stimulus news has hurt the US Dollar, which index is now trading at near 3-month lows at 96.20.

Expectations that the Fed will announce more incentives in the short and middle term are making the DXY bleed and are supporting gold at current levels. Remember that every single Fed’s stimulus will push the dollar down and the gold up.

In the short term, gold’s chart still looks bearish but it is losing momentum. However, for the middle and long framework, the chart pattern suggests consolidation before an upward momentum. That’s not new as it looks XAU/USD is currently trading in a range between 1,680 and 1,720.

To maintain that condition, XAU/USD should keep the 1.680 area. Otherwise, bears would get reasons to sell the metal.

MACD is also suggesting consolidation in the middle term, but the bigger picture is, again, pointing to the north. Besides, moving averages are aligned to the upside.