The recent crash in equity markets bottomed out in March. It was also in another March, back in 2009, that stocks hit their lowest levels on the back of the 2008/09 financial crisis. The same month, but completely different types of crises. There are still difficult times ahead for the economy, but not that much for markets.

During the 2008/09 crisis, growth bottomed out during the fourth quarter of 2008, and started to expand in the second half of 2009. In 2020, after the sharp contraction of the first quarter and the collapse of the second, a strong rebound is expected as the economy reopens. Still, practically nobody sees the economy back at where it was in January. The recovery is expected to be V-shaped, but the pace of the ascent to be more gradual. 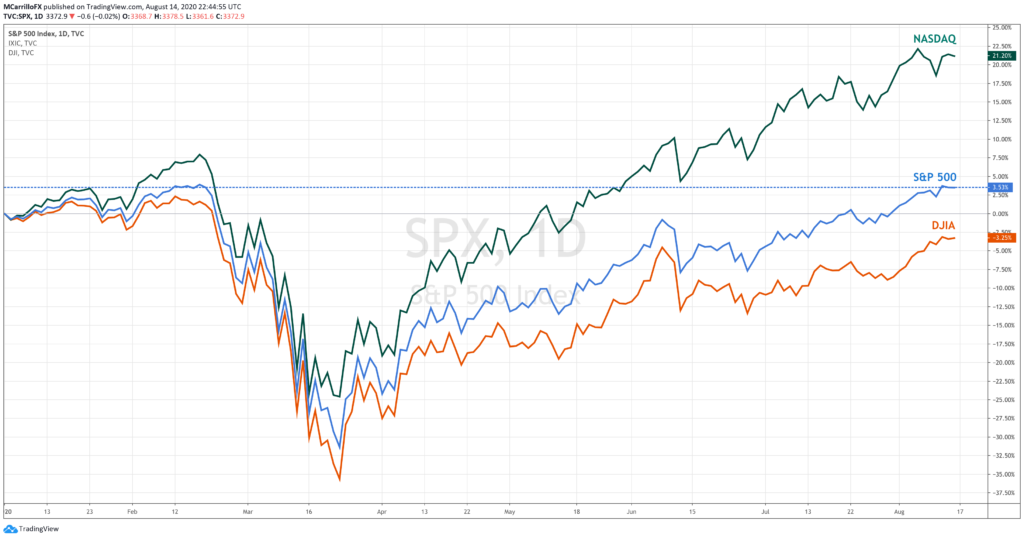 The essences of the crises are entirely different. The only similarity is the March bottom in equity prices. It’s lockdowns and pandemics versus subprime mortgages and financial collapse. Both crises forced the US government and the central bank to introduce extraordinary and unthinkable stimulus measures.

Practically all sectors were hit during the 2009 crisis. In contrast, in 2020, some activities, like restaurants and tourism, were significantly hit, while others, like e-commerce, benefited sharply. There was no direct trade-off. Tech shares have led the recovery in 2020, while in 2009 the rebound was broad-based and much more gradual.

The famous economist Nouriel Roubini, who predicted the 2008 financial crisis, sent a warning: “After falling by 30-40% at the beginning of the pandemic, many equity markets have recovered most of their losses, owing to the massive fiscal-policy response and hopes for an imminent COVID-19 vaccine. The V-shaped recovery in markets indicates that investors are anticipating a V-shaped recovery in the economy.”

According to Roubini, there is another factor to take into account despite market expectations about the V-shaped recovery. “The problem is that what was true in February remains true today: the economy could still quickly be derailed by another economic, financial, geopolitical, or public-health tail risk, many of which have persisted and, in some cases, grown more acute during the current crisis.”

Roubini also warned about the fact that markets are not very good at pricing political and geopolitical risks. “Given the developments of the last few months, we should not be surprised if one or more white swans emerge to shake the global economy again before the year is out.”

The bottom of March 2020 looks unlikely to be revisited soon considering where Wall Street indexes are trading at the moment, but… 2020 is not 2009.