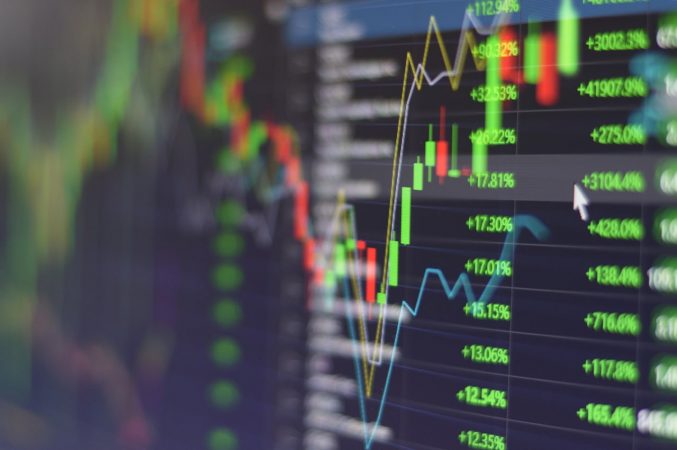 US stocks continue to pull back from recent highs. On Tuesday, all three main Wall Street indexes closed into the red as investors digest corporate earnings results and await stimulus news.

Fiscal stimulus remains in focus, with Republicans detailing their $1 trillion coronavirus relief package and beginning negotiations with Democratic lawmakers. Supplemental jobless benefits expire at the end of the month. While Democrats want to maintain the existing $600 weekly supplement, Republicans want to reduce it to $200 through September.

Meanwhile, the Federal Reserve will decide on monetary policy on Wednesday. No surprises are expected from the US central bank. The Fed is seen keeping the stimulus going and leaving doors wide open to more action if needed (starting in September).

On Tuesday, the bank extended its lending programs to individuals, businesses, and local and state governments until the end of 2020. The Fed, at this point, is not expected to be a problem for the bulls.

The busiest week of earnings season continues. Which companies are in focus on July 30?

Apple, Microsoft, Amazon, Alphabet, Facebook, and Tesla now account for almost half the value of the NASDAQ 100 index, which consists of the 100 largest publicly traded non financial institutions.

Is the tech rally exhausted? 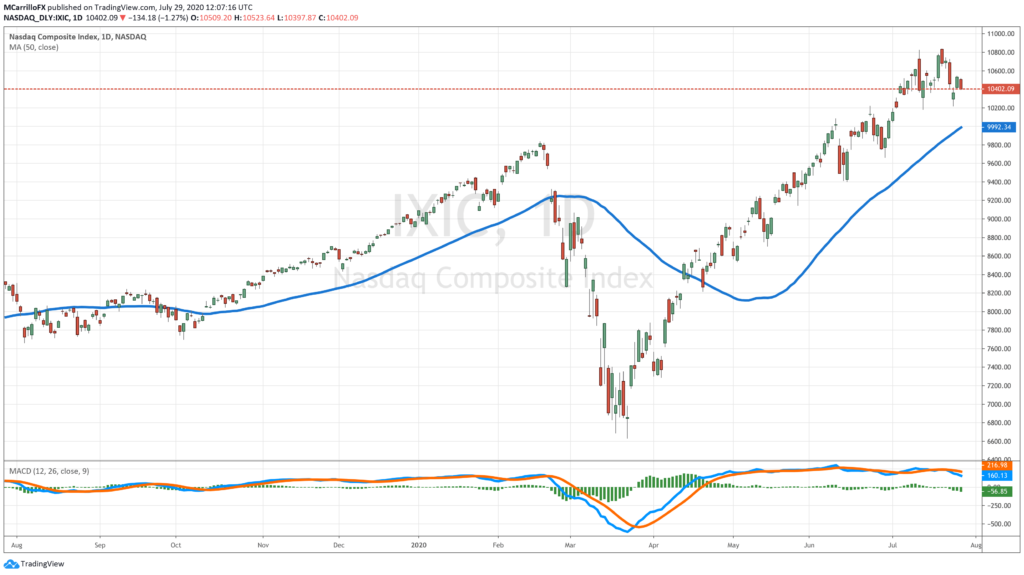 Technology stocks have been the top performers during the COVID-19 pandemic, boosting NASDAQ gains. The lockdown has increased the consumption of these companies’ outputs.

However, over the last few days, tech stocks have come under some selling pressure after hitting record highs two weeks ago, which has led to market participants to wonder whether they have reached a top or there is still room for further gains.

“The five biggest US stocks (Facebook, Apple, Amazon, Microsoft, and Alphabet) have rallied 35% year-to-date, and now account for 22% of the S&P 500’s market cap. Investors might need to ‘mind their weights’ and rebalance their tech exposure if necessary and avoid excessive exposure to one particular theme or segment,” according to a report from UBS.

“For investors seeking alternative long-term growth prospects within tech, we highlight 5G as a key theme with both enablers and platform beneficiaries well positioned to deliver double-digit growth.”

Nobel prize-winning economist Paul Krugman said in a recent interview with CNBC that tech stocks “are riding on the prospects of economic recovery in Asia and Europe even as the US completely mucks things up.”

He added that stocks are attractive to some degree just because “if you get 0.6% on your 10-year Treasuries, maybe you should buy stocks instead.” Krugman noted that there had been a bit of “mania” going on in stocks.

Prior to the COVID-19 turmoil, in February, volatility was at extremely low levels in Wall Street. For example, the S&P 500 closed with a variation of less than 1% (positive or negative) for more than 70 days. The pandemic changed it all.

Since March, the NASDAQ showed a variation of more than 1% in 60% of the sessions. Now, after the tremendous rally, financial analysts look back into companies and not just sectors. It may not be about who can run even further, but also, which company can make the smallest pullback in a correction scenario.