Tesla: Rally, split, rally…. Is it time for a correction? 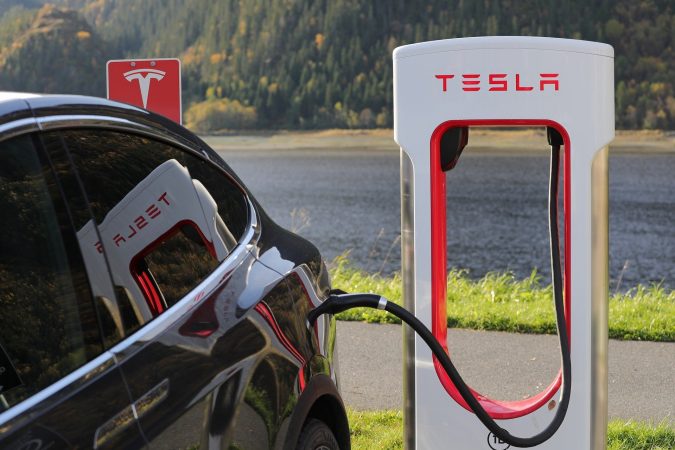 On Monday, Tesla shares started to trade after a five for one stock split. The price rose 10%, hitting a new all-time high. From a technical and fundamental perspective, the odds of extreme volatile moves look increasingly likely, in both directions. Lately, price action has been highly volatile, but mostly in one direction.

Over the last months, Tesla’s price experienced a three-digit percentage rise, something certainly unusual in markets. Some positive shocks could propel this kind of rally, but nothing like this has happened. On the contrary, most companies have been hit by the sharpest quarterly economic contraction in history. The pandemic crisis pushed share prices to the downside. They bottomed in March and then bounced to the upside. Still, the rebound has been uneven.

Among the largest companies by capitalization in Wall Street, the one that rose the most is Novavax (NVAX), a vaccine development company, which is up 2,600% year-to-date. It seems natural that a company that produces vaccines would soar. In second place is Tesla, and third, comes Livongo Health, a company that “provides an integrated suite of solutions for the healthcare industry in North America.” So in the top-3, we have two health companies and an automaker.

After the sharp rally, Tesla announced a five for one stock split that went into effect Monday, August 31. They said it would make its stock more accessible to individual investors. The price soared more than 10% on the first day after the split. However, September looks like a challenging month ahead.

Tesla vs another automaker

Tesla’s market capitalization more than doubles Toyota’s, but its annual sales are only one-tenth. Tesla has an EPS of 1.92 compared to the 13.13 of Toyota. The ratio of price to sales is 16.98 to 0.68 of Toyota. During the second quarter, Tesla sold about 91,000 cars and Toyota 1.2 million. On the positive side for Tesla, in July, the company reported Q2 profits of $104 million.

Tesla’s famous CEO, Elon Musk, said during the conference call presenting Q2 results: “We were able to achieve a fourth consecutive profitable quarter. Although the auto industry was down about 30% year-over-year, we managed to grow deliveries in the first half of the year.”

What do fundamentals tell? That anyone betting on Tesla is betting for the future. Its price suggests a bright future or a bubble that could keep growing. Either way, while the trend is bullish and accelerating, sharp corrections appear to be guaranteed.

Tesla: To buy or not to buy

Is it a good medium-term investment for your portfolio? Not necessary, unless you like risk. At the moment, the price looks like a rising knife. It is not recommendable to jump onto a trade while the share is at maximum levels after rising an impressive 500%. Any investor that wants to jump in should consider waiting for a correction, and considering Tesla’s price action, a steep one.

Tesla can show some good looking fundamentals. A growing risk with the rally in the share price, if the company can survive a crash. Tesla clearly is not the Kodak case, and it is not a company like Amazon. It doesn’t even look like other carmakers. Time will tell if Tesla becomes the giant company that its price share is discounting today. Even in the long road to becoming a gigantic company, the stock can crash in the process. It happened to Amazon.

Don’t worry if you missed Tesla’s rally or any other rally. “Markets do not forgive the nostalgic,” said an old investor. When you see a stock price that rose 400% in months, and you think you missed it, you are wasting time. Most people missed it. Would you have survived a pullback of 20%, 30%? And that is considering trading shares and not options, which have even greater volatility. Buying Tesla six months ago and holding till today has been for sure a great trade, but to materialize those gains, you have to sell. If you are still on the market, you are up, but you haven’t made any profits yet.

Tesla has been the outperformer, the star. Could it keep rising? It may, but fasten your seatbelts because the stock is extremely overbought, a precondition for a sharp correction.

Tesla? “One of the most dangerous stocks in the world. I don’t want to own it. I don’t want to short it. It is very speculative”, summarized last week Mark Tepper, President and CEO of Strategic Wealth Partners during an interview with CNBC.