Skip to content
Top Tags
Broker Guide > News & Articles > Wall Street and the election: How big is the risk?

Wall Street and the election: How big is the risk?

The upcoming presidential election poses a risk to financial markets and is already creating economic concerns, visible is the lack of agreement on the next fiscal stimulus package, despite everybody appears to agree that it is necessary.

In two weeks, Americans will choose between Donald J. Trump and Joe Biden. The results will likely impact markets and the rest of the world. What does it mean for the economic outlook? Would the outcome make any difference? What can we expect for markets in the short-term?

Biden leading, so what? 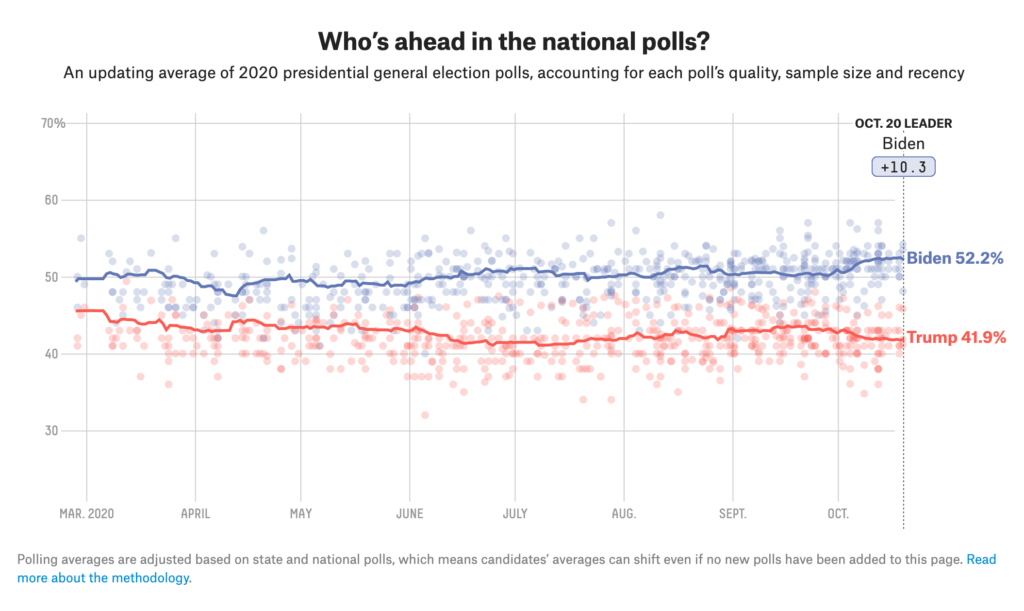 Polls show Democratic nominee Joe Biden leading in the national vote by a margin of 4 to 12 points. Like Clinton in 2016, Biden could win the popular vote but lose the presidency. The key is the battleground states, and there, President Trump is trailing.

“Trump will hope that this Thursday’s second and final TV debate in Nashville presents an opportunity to score some points off Biden. This is perhaps the last big opportunity to do this before the November 3rd election. Any narrowing in the opinion polls will probably be taken as a negative by risk markets, increasing as it does the chances of a contested election. This comes at a time when financial markets are priced towards a benign outcome in the form of a Democratic clean sweep,” said analysts at ING.

In ING’s report, it is analyzed what is currently priced regarding economic performance. While Europe is priced towards a sharp slowdown, Chinese markets are priced for a V-shaped recovery. Wall Street is caught in the middle they see. Will the US follow Europe or China? The outcome for the US dollar could be positive if US markets tumble and negative if equity prices rally.

The election represents another risk in the short-term. The worst-case scenario is if there is no president-elect by November 4. Adding to the previous is the new unprecedented risk of an acting president not recognizing the results. Such an outcome should send markets sharply lower.

The combination of extreme political tension, COVID-19 and a fragile recovery perspective could easily hit the S&P 500. Those stocks that have been having difficulties recovering (those more exposed to the pandemic) are likely to fall more dramatically. But not even the FAANGs are out of the woods. Considering the recent rally, a setback in those stocks could make the moves in the Dow Jones and the Nasdaq more dramatic.

The current state of the economy does not appear to be ready to support a negative political shock. Federal Reserve officials have been talking about the importance of more fiscal stimulus. They fear about the state of the economy and the strength of the ongoing recovery, seeing that zero rates and QE are not enough to put the economy back to a clearly positive trajectory. 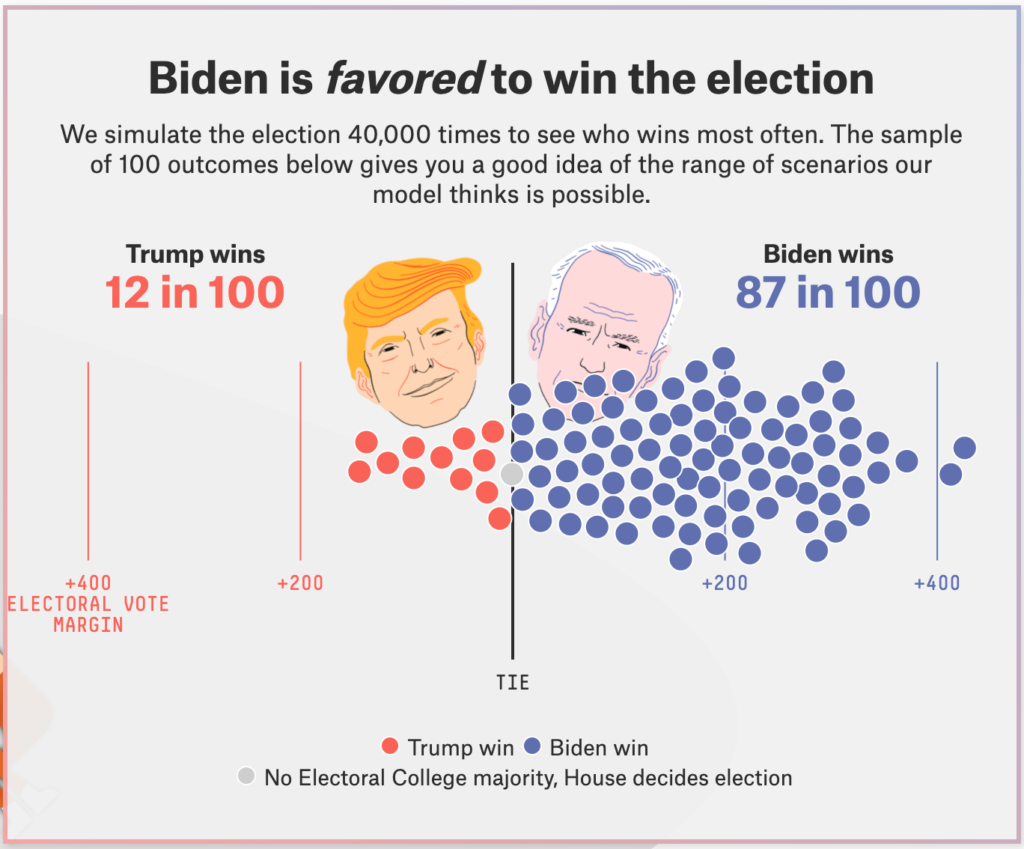 “We believe markets are pricing in a split government (either under Biden or Trump) and expect a small risk-on move in this scenario as election uncertainty would have passed. A blue wave should be a significant negative for risk assets due to a progressive policy agenda. A red wave could be modestly negative for risk assets due to fears of more trade tensions. Both scenarios could bull flatten the Treasury curve. The USD’s fortunes might be more closely tied to the president than usual. Biden could be perceived as instilling more confidence in a global recovery/equities and a reduction in geopolitical uncertainty, leaving the USD on a weaker footing in the process,” analysts explained in a TD Securities report.

Richard Franulovich and Sean Callow from Westpac consider that in the event of a disputed election, a material decline in asset prices is likely. “The S&P500 fell 8%+ during the 2000 Florida recount between 7 Nov and 15 Dec, though admittedly the tech bust was still playing out at that time. Treasuries should assume their traditional safe-haven role in a contested election scenario and the USD will likely firm against AUD and other commodity currencies plus emerging market FX, but should weaken against other majors e.g. EUR, JPY and CHF.”

Either a clean Biden victory or a Trump reelection, won’t change the current stance of the US and the global economy as they continue to face increasing challenges which are weighing on market sentiment. Hopes of more stimulus, accommodative global monetary policy and the expectations of a gradual return to a pre-COVID 19 world that depends on advances on medicine or the approval of a vaccine, are the key legs supporting equity prices. The risks to the global economy and Wall Street are on the downside. Even in the case of more stimulus agreed and political uncertainty out of the way after November 3, the core fundamentals won’t likely change that much.