Skip to content
Top Tags
Broker Guide > Mauricio's Blog > Will August be friendlier to the US dollar?

Will August be friendlier to the US dollar? 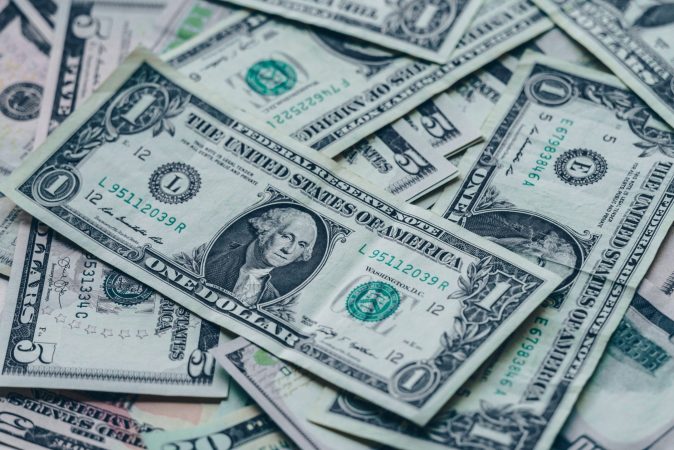 The week begins with the US dollar staging a recovery and cutting part of its recent losses versus most of its counterparts. A bounce in US bond yields and an overdue technical correction seem to be driving the dollar up.

However, July was a different story. The greenback was among the worst performers in the FX space, with the Dollar Index (DXY) posting its lowest close since April 2018 and recording a 4,03% loss, the worst in percentage terms in almost a decade. Will August be friendlier?

Among majors, the pound was the best performer. GBP/USD bottomed during the second half of the month, hitting multi-month lows against most of it rivals, affected by negative rate expectations from the Bank of England (BoE), dismal economic data and the lack of progress in Brexit negotiations.

However, Cable bounced sharply and, during the last two days of the month, outperformed significantly other peers across the board. The move was not driven by a particular catalyst. Profit-taking, some degree of exhaustion on the downside and probably some catch up versus the US dollar supported the rally that led to a 5.47% monthly gain for the GBP/USD. 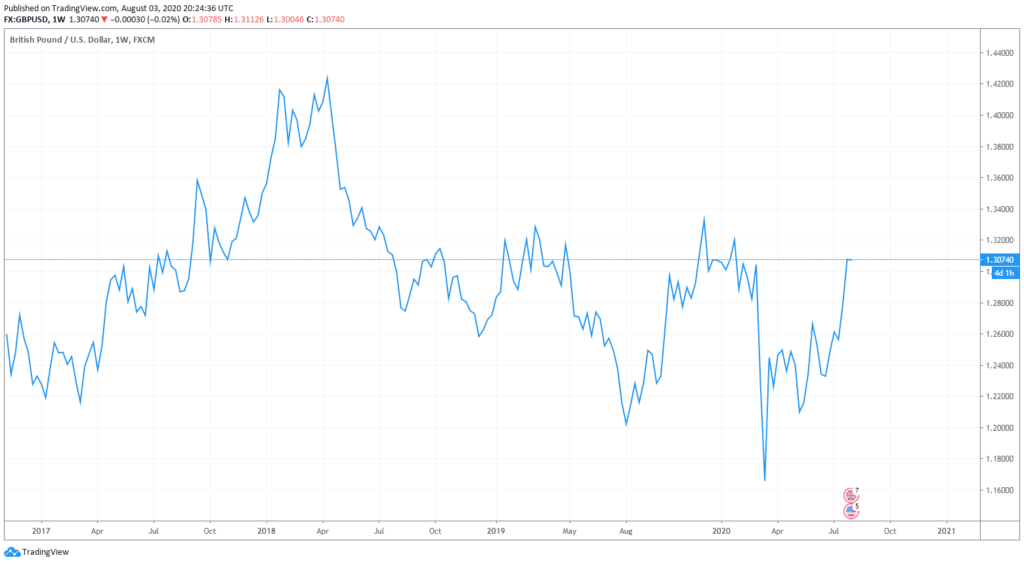 August starts with an important challenge for the pound, the BoE meeting. Sterling’s behaviour over the next weeks will show if the pound is back in business or if the current bounce was just a correction.

The euro gained 4.83% versus the greenback in July, posting its best month since September 2010. It was its higher monthly close since April 2018, although it was more than 100 pips away from its two-year peak of 1.1909 and below the 1.1800 level. It was unfazed by data showing the eurozone also printed its heaviest contraction on record, 12.1%, in the second quarter. 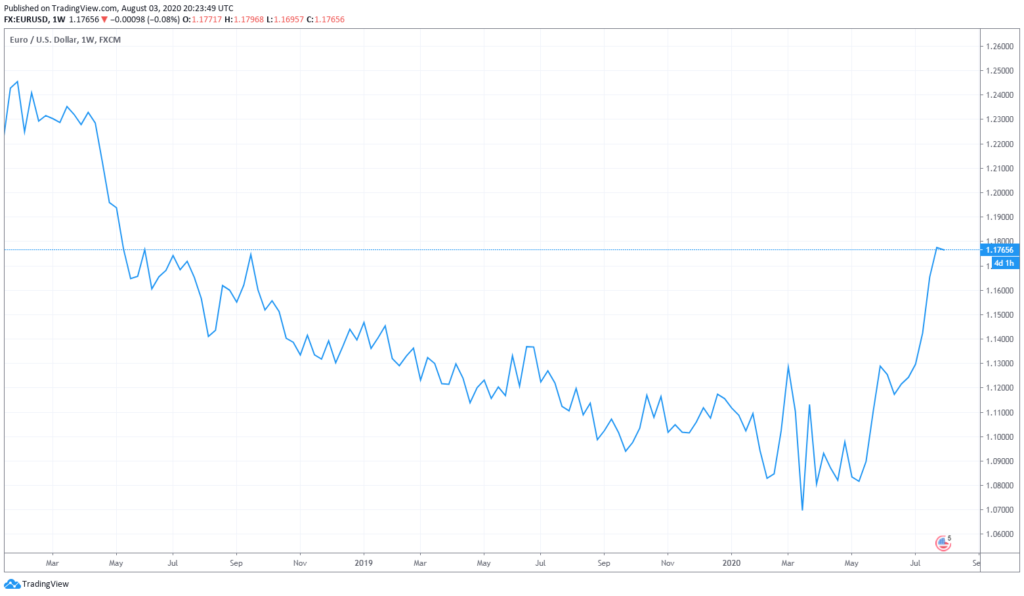 “Even if we have been clear EUR/USD bulls since spring, we find several reasons to worry for the USD bear crowd,” said Andreas Steno Larsen, analyst at Nordea Bank. “Positioning is stretched, the $-liquidity impulse is negative, and activity is stalling. It is just too early for >1.20.”

Analysts at ING explained that typically August is slightly friendlier to the dollar, “which may generate some consolidation in the 1.17-1.20 range. However, it is a long three months until the US election, and with USD hedging costs so cheap, we suspect the dollar will stay on the back foot.”

The negative broad USD trend looks solid, but at the same time, some exhaustion signs are spotted. The first half of August could represent the necessary pause before the next leg lower in USD, in the absence of new shocks.