FAANG stocks: Is the rally over? 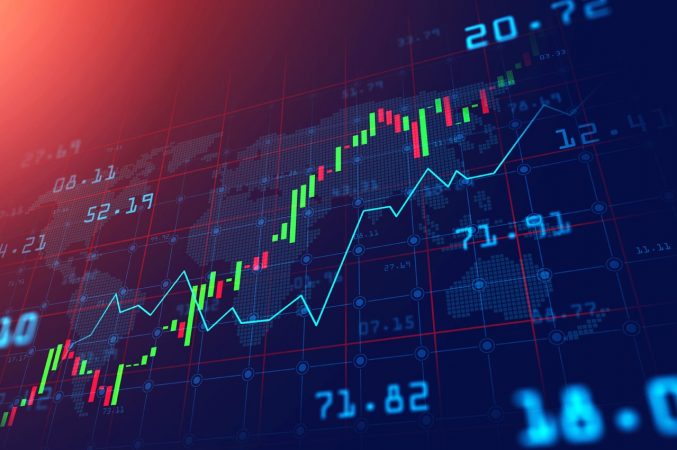 The first significant warning came on Thursday when the S&P 500 dropped 3.5 percent, and the Nasdaq fell 5 percent. It was the second decline in eleven days. Friday was a wild day, with the stocks recovering from sharp retreats and ending with modest losses. In two days, Apple lost almost 10 percent, Alphanet 7.9 percent and Amazon 6.7 percent.

Here are some facts about Apple’s slide: It was historical, the biggest single-day drop ever in the value of market capitalization of an American company. It lost almost 180 billion, the combined value of 470 of the 500 companies that make up the S&P 500. The number could be telling more about the recent rally than the correction.

The bounce from the March bottom of the Big Tech (Amazon, Apple, Alphabet, Facebook and Microsoft) set up a record. It wasn’t just a recovery, shares jumped to all-time-highs, boosting main indexes. What does it mean? If the correction persists, it will likely affect the overall market sentiment. “These companies represent just 1% of the stocks on the S&P 500, but now account for nearly a quarter of the index’s market capitalization. This kind of concentration poses a risk, especially when many of the other stocks on the index aren’t performing nearly as well,” explained Liz Ann Sonders, Schwab’s chief investment strategist.

For some investors, the correction will represent an opportunity to buy again at lower prices, for others, the signal they needed to leave the market or to reduce the exposure to the “star stocks” of recent quarters.

The rally seen in Wall Street over the last months has not been even. While tech shares rose significantly, stocks of other companies have been struggling to recover. With the price of FAANG becoming more decisive to key indexes, the big rally in the S&P 500 and its subsequent correction might not reflect the overall situation among companies.

A sharp correction in Wall Street took place last week, a day after main indexes reached record highs, and it was also led by techs. It was reported that prior to the correction, the rally in techs was boosted by a Japanese conglomerate. “SoftBank is the ‘Nasdaq whale’ that has bought billions of dollars’ worth of US equity derivatives in a series of trades that stoked the fevered rally in big tech stocks before a sharp pullback on Thursday and Friday, according to people familiar with the matter,” the FT reported on Friday.

The economic data released Thursday and Friday about the US employment market was not particularly shocking. It came in line with expectations. “The figure for August job growth was buoyed by the hiring of close to 240,000 temporary workers for the 2020 census, most of whom will be laid off when census canvassing ends later this month. Private-sector payrolls, which were not affected by the census hires, rose by one million in August, down from 1.5 million in July,” the New York Times informed.

Could US economic data be the one to blame for the decline in stocks? Not likely. Signals about a slowdown intensified weeks ago. Negative expectations could have been offset by the new strategy from the Federal Reserve, suggesting it will tolerate higher inflation for a longer period of time in the future.

Is it a healthy correction? The end of the rally?

The decline has created broad concerns that the recent rally in techs is near the end or has already ended. It has gone too far too fast, fueled by overcrowded speculation. If the decline continues in the price of FAANG, it will surely drive the main indexes lower, but it could also pull down the market. Large speculation exacerbates volatility. An example is Tesla. The company is up 400% from the March bottom, but from last week high, it has fallen 25%.

An indicator to watch ahead is volatility: it began to increase when shares rose… something unusual. Volatility is historically positively correlated with risk aversion. While volatility remains elevated, the odds of a sharp market correction will remain high.

Regular market activity will resume on Tuesday after the Labor Day holiday. It will be a week without too much noise coming from the economic calendar, which could help to see how market sentiment is evolving more clearly. It could be the second week of the corrective move or just a pause in the ongoing rally. The answer will arrive in months.